There are very few actors that can turn in a cohesive, gripping film in their directorial debut. That cannot be said about Maggie Gyllenhaal, the writer and director of The Lost Daughter, an intimate psychodrama that gives unique perspectives on motherhood. There’s much about being a mother that will never come to light for most, and some of those dark and difficult aspects are put under a microscope in The Lost Daughter.

Maggie Gyllenhaal’s script is slow moving at times, but doesn’t lack plenty of intriguing aspects. The Lost Daughter is a very human film, oftentimes one that’s hard to look away from and this is partially because of Olivia Coleman’s performance. She continues to be one of the best actresses working today, bringing a unique way of something special to her performances, especially in character studies like this one. A lot of it comes from her facial expressions and eye movements, as they add a substantial amount of emotion in scenes. She stars as Leda, a British teacher on vacation in Greece. What appears to be a relaxing getaway turns into her being dragged down memory lane with some perplexing similarities to characters she meets to ones in her younger years. Leda appears standoffish at times, but it’s warranted and understandable as the story unfolds.

The script does a great job of bouncing back and forth between Leda’s younger years, raising two daughters and starting her academic career, and her older years where she seems to be alone and bitter. She meets a married, younger woman on the beach named Nina (Dakota Johnson), who is going through similar life experiences as Leda did. From an affair to difficulties and second thoughts on motherhood, the similarities are perplexing to say the least. There’s a psychological dramatic angle to all of this as well, which makes for some unexpected intense moments. 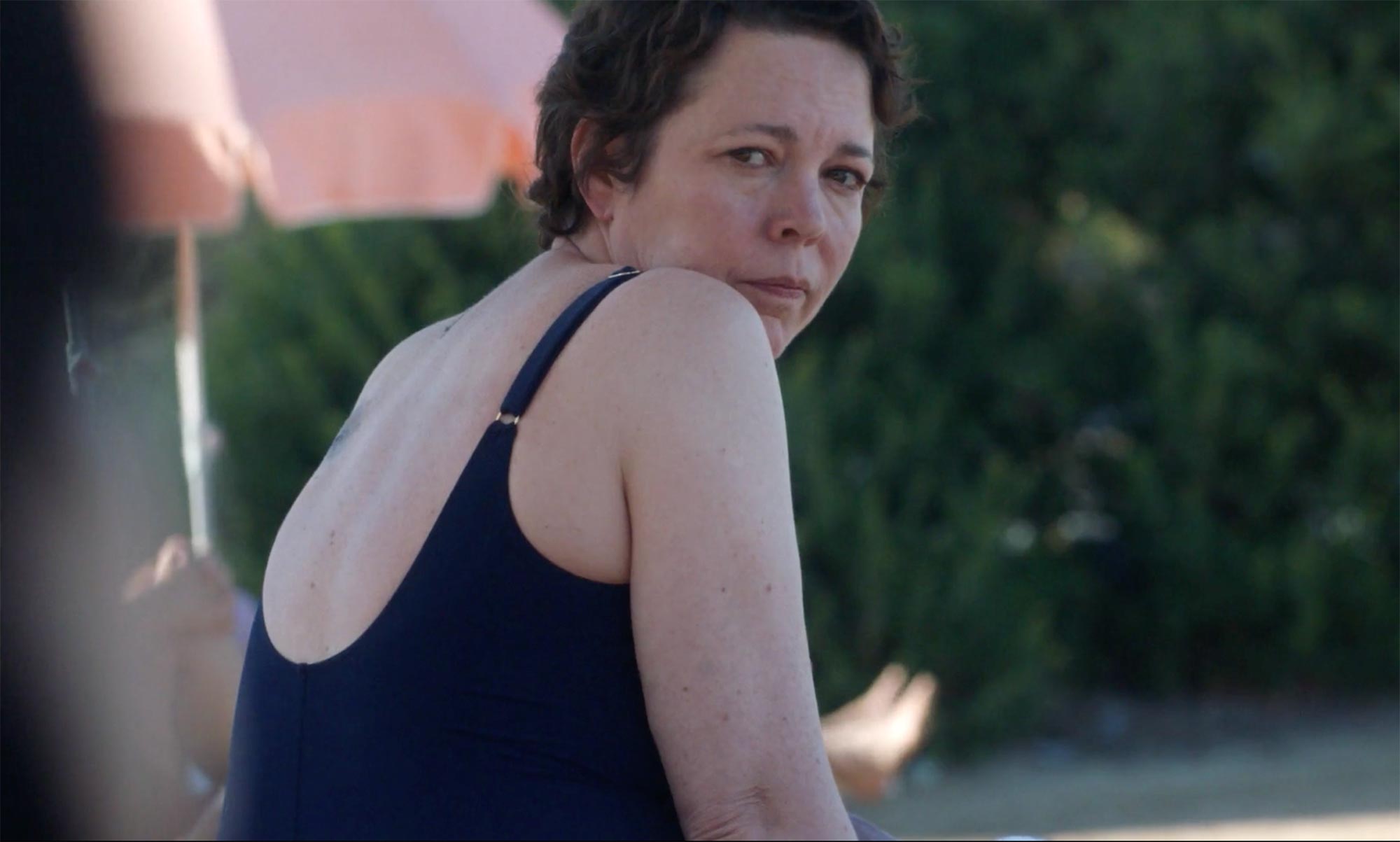 As a whole, The Lost Daughter is an engrossing story of the toll motherhood can take on a woman. We are so used to seeing movies that highlight how rewarding it is. And while that may be true for some, motherhood isn’t for everyone. Some women are not meant to be mothers and The Lost Daughter demonstrates that very well. This isn’t a movie that will sit well with everyone and it can be hard to watch in certain moments, but it’s important to get a perspective like this. Gyllenhaal does a great job, especially as a first-time director, crafting her ideas and what she wants from her characters that makes this feel like a drama from a seasoned director.

By the time the credits roll, The Lost Daughter ends up being a lot to take in. This is one of those movies where several of emotions are gone through, and while a bulk of it is depressing and dramatic, the script offers some comedic moments and it ends on a small, but hopeful note. I expect this one to contend for some big awards when it’s all said and done.